It Only Takes A Moment

Oahu, HI project created by Brooke Dooley. The purpose is to demonstrate how we can improve the mental wellness of our communities through active listening. The film is about a school counselor who struggles to make a difference as isolation and negative influences spark destructive behavior among broken youth. The trailer may be viewed at: LISTEN helps youth feel like they are not alone and empowers them to empathize with their peers and vocalize their own struggles.

Some of these vignettes might at some moment make it into a story, some might not. I have no plans for them. All I can say is that I kept getting little snippets of scenes in my head, completely random moments between the two that I thought were cute, but didn't fit into any of the stories I said I'd write. And, actually, this helps me because I get to explore their characters a little more without having to worry about making everything that happens mean something to any of the story plots I had thought up.


Right now, I've got three of these vignettes already thought up. Two of them are written.

John Barrowman - It Only Takes A Moment

But only one of them…this first one, Talk of Dreams is actually written on the computer and ready to post. I'm going to try to make them alternate between Robin and Raven's point of view, but I think my muse likes Robin's point of view more than Raven's, so I don't know how much I can keep to that. Also, I don't usually write first person, so it'll only be through their point of view, not them speaking…oh, and since this is a project where I'm just going to let Puck my muse, remember? So, yeah…as always…if you like a particular scene enough that you would like to see it play out more, feel free to review about it.

Puck's a ham and might just inspire me to more of that particular scene if you guys insist on it. However, as it stands, the plan is to do however many of these little vignettes it takes and maybe in the end, there might be a real romantic one…again…no promises. Oh, and in case you couldn't tell, It Only Takes a Moment is the title of the entire collection, while each 'chapter' or Part will have an individual title as well.

He refused to turn on the light. He could get from the elevator into the kitchen without having to turn on the lights and fiddle with Cyborg's system. And of course it had nothing to do with the fact that he wasn't certain he remembered the right code…. He shifted to the right and tried to measure his step so he could walk around it, the kitchen had to be in that direction, but when he shifted his feet, he stubbed his bare toe with something on the ground, "Fer cryin' out…" he cursed under his breath, frustrated. By the time he had nearly knocked over the lamp, he was about ready to chance the lights and ready to blame it all entirely on Cyborg should he get it wrong.

He just barely skirted the coffee table, 'How did I get on the other side of the sofa? He squared his shoulders and began to walk toward the kitchen when suddenly the light from the kitchen turned on and five things happened at once: Unfortunately, the second thing that happened was that the light blinded him, so thirdly, he didn't watch as his foot stepped into the third controller he hadn't gotten stuck in the last time and so of course, fourthly, the control got irreparably wrapped around his feet and fifthly, he fell right on his ass.

To his credit, he recovered quickly. His honed reflexes allowed him to react almost on instinct to blink the sudden brightness from his eyes and stand as fluidly as he could stand with a controller still wrapped around his left foot while reaching for his bo-staff at his belt. Unfortunately, it wasn't until he touched nothing but cloth and bare skin that he realized he had just woken up and come down for a snack without thinking to dress for any possible problem.

Robin just barely managed to avoid smacking his head with the flat of his hand as he realized who it was that had turned on the light.


Honestly, he would've preferred for it to have been Dr. And then what she had actually said filtered through to his consciousness and he blushed straight through to his roots. Still not having looked up to see her face, his eyesight fell onto his own clothing…or, lack of clothing for that matter, for he had been so tired that night that he hadn't bothered to dress in anything more than his boxers when he had emerged from his shower and had promptly fallen asleep. And, of course , he had been so disoriented and disturbed by his dream that he had walked out of his oppressively stuffy room without even considering what he was wearing.

As he realized that he was, in fact, wearing the Superman boxers that Beast Boy had gotten him as a gag gift last Christmas, he wondered when he was going to wake up and realize that it had all been one of those horrible dreams like walking in to take a test naked. He briefly had considered playing it as if he had been sleepwalking, but then figured, she was an empath…she wouldn't have bought it. And then it occurred to him He realized it by the tone of her voice.

She was actually trying to get him even more embarassed. In essence, she teasing him. He didn't thinkshe did teasing. The thought settled like jello in his stomach. Usually, she restrained her sarcasm to reactions of some other person's comments, but he had spoken not a word and she could've just ignored it and said nothing. He knew there was something he should be thinking about, but he was too groggy and that unsettled jello feeling in the pit of his stomach wasn't going away, so he figured, 'Hey, why not? He looked up at her squarely in the face and shook his head. She was standing against the kitchen counter, a steaming mug of something in her hands, a slight smirk on her lips.

He thought he saw a bit of amusement in her eyes, but since he was still seeing spots from the sudden flash of lights, he figured he could be wrong. She chuckled and the sound was low as if she were trying to hide it from him, but he heard it. He watched herwalk to the wall and with a press of buttons on the keypad, the overhead lights turned off leaving only the much warmer and less bright light over the stove.

He glared at her and would have answered her, too, with something just as witty and sarcastic had it not been for the fact that he had apparently walked the length of the controller cablewithout remembering that it was still wrapped around his ankle. When it pulled his foot enough to almost make him fall again, he sighed loudly. He looked up at her. He chanced a hopefull glanceat her only to find that she was back at the counter andfacing him. To his dismay, she shook her head. He leaned on the fridge's door and raised a brow.

He allowed himself to look at what she was wearing. It wasn't anything embarrassing. And she wasn't in her uniform. It was, however, a pyjama set in a dark royal blue satin that fell in soft waves over her body and seemed to ripple a little with her movements and her breath. It was perfectly decent She raised her own eyebrow and put the cup down. She shrugged and the satin was moving against her again. Realizing that his comment had backfired he decided to focus on his snack and decided on some milk from the fridge, remembering to make certain it wasn't expired.

And as heplaced the jug on the counter, he spared her a sideways glance. Out of the corner of his eye, he saw her smirk, and decided he better get some cookies too. He grunted as he dug around the back of the fridge where they hid them from Beast Boy. 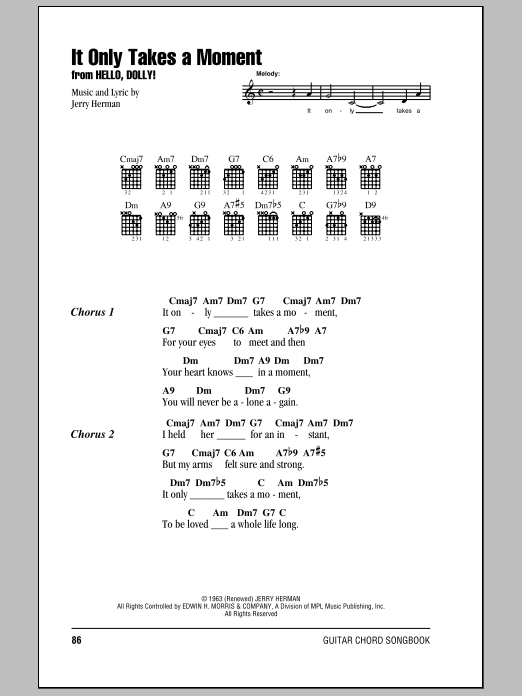 He opened it and automatically offered her one. To his surprise, she reached in and took one, bringing it thoughtfully up to her lips. He hadn't bothered to sit down but leaned on the counter on his elbows. She nodded as she nibbled on the cookie, but didn't seem apt to say anymore.

So, he let the silence grow between them. There was always something comfortable about the silences between himself and Raven, he realized as he munched absently on cookies. They never felt they had to fill it with useless chatter or meaningless words. It was never awkward. And so, for awhile, they just ate quietly, both lost in their attempts to forget the nightmares that had taken them from the arms of sleep. It wasn't until he had re-filled his milk glass that she spoke again, "I bet mine was worse than yours," she said quietly as she reached for another cookie. He looked at her in surprise.

Barbra Streisand - It Only Takes A Moment Lyrics | MetroLyrics

He had seen some of the things that she dealt with on her birthday, some of the destruction she tried to keep from happening and knew that she very likely had enough material to have some pretty bad dreams. Still, he shook his head. She raised a brow in challenge and motioned with a half eaten cookie as if to say, 'After you…' And Robin wondered if he had always been able to interpret her gestures or if it had started after the mind meld?

He chewed and thought and Raven didn't interrupt, didn't prod or prompt, just sat there, alternately sipping from her tea and chewing on a cookie, watching him and waiting. She looked sympathetic as she sipped at her now lukewarm tea. She looked down at her cup and exhaled, as if through his telling, she had been living it with him.