How was it returning to England and why were you there such a short time? I wanted badly to return to the States and more importantly return to playing with the Crawdaddys. There had been a lot of teenage politics in my ousting, and now the alliances had reconfigured and they wanted me back. I scraped together some money and was soon back over there. That began a productive era for the Crawdaddys with a stable lineup comprised of Ron Silva on lead vocals, Peter Miesner on guitar, Keith Fisher on keyboards, Gordon Moss on drums and myself on bass.

What was the inspiration for the magazine? How did you arrive at the title? How many writers contributed to the first edition? New music at the time was dreadful, synthetic rubbish, much of it shaped by the MTV mentality. There was a lot of pretty-boy new romantic pop, a lot of excruciating hair metal bands — all of it seemed phony and superficial to me. They were raw, crude, ugly and, above all, REAL. There were only three or four writers at the time: What was the focus of Edition 1? How did the Ugly Things staff of compare with the present day staff? Fortunately he turned out to be a very thoughtful and articulate interview subject.

Issue 2 also included an interview with members of the Leaves by Ray Brandes. Locating musicians to interview was much more difficult in those pre-Internet years. For example, I remember going down to the public library and pawing through the Mississippi phone directory to find a phone number for Sid Herring of the Gants.

I was successful in that instance, but I often had to make a lot of awkward cold calls when trying to track down band members. These days it seems you can find practically anyone with a few clicks on the computer. It was just me and my mates. How did you promote the publication? I funded it with small loan from the parents of my friend Carl Rusk, supplemented by a couple of local advertisers. Promotion consisted of taking it round the record shops in San Diego and LA and selling a few at gigs.

But I also mailed copies to some other fanzine publishers such as Ron Rimsite 99th Floor and Greg Prevost Outasite and that led to some cross-pollination with the East Coast garage scene. It kind of snowballed from there. The same year you became a member of The Tell-Tale Hearts.

You were the bassist in the band, right? It was time to start something new. Ray, Bill, Eric and myself all contributed original material to the new group. The Tell-Tale Hearts, Tell us, if you would, what was your personal relationship with Greg like? I already knew Greg pretty well, of course, because of the Crawdaddys.

I was always bugging him for information about different bands, records and so on, and he was only too happy to share his knowledge with me, along with countless cassette tapes of his extensive record collection. I think Greg was as frustrated as I was that the Crawdaddys had failed to come up with another record, so when I told him I had formed a new group he was immediately very supportive.

He gave us a slot on the second volume of the Battle of the Garages series and soon afterwards offered us a deal to record a full album.

Everything happened really quickly. Could you tell us a bit about the recording sessions for these releases? The first album was recorded in about two days at Silvery Moon studios in LA. Greg Shaw had booked blocks of time there and a lot of the bands on Voxx recorded their debut albums there at around the time. The Gravedigger V were there the week before us, I think, and the Miracle Workers came in the week afterwards.

It sounded too tame and clean for our tastes. It made all the difference in the world. I think each of them sold a couple of thousand copies, maybe less. The Tell-Tale Hearts disbanded in Why did the band break up? The band split into factions and then into pieces. After that Bill and I regrouped with Eric to form the Barons. We started recording an EP but broke up before we could complete it. It was a fun time. Jay and I formed a pretty solid songwriting team and I became more proficient at putting songs together and singing harmonies. Could you describe for our readers the evolution of the publication to that point?

The first 11 issues were very primitive in the classic fanzine style.

All The Ugly Things | Bambara

It was all typed out on an old typewriter, then shrunk down on a Xerox machine and pasted into columns. All the photos had to be shot as halftones using a huge camera. Paying to have that done was one of my biggest expenses at the time, but it was money well spent, because even though the fanzine was very basic in its layout, the photos always reproduced well, and that became more and more important as we started using more rare or previously unpublished photos.

With Issue 12 Ugly Things entered the computer age. The glossy covers began with Starting with 16 I switched to the perfect bound format as the mag started to expand its page count. By Issue 20 we were printing page issues.

Circulation expanded with every issue. Issue 1 had an initial print-run of copies. 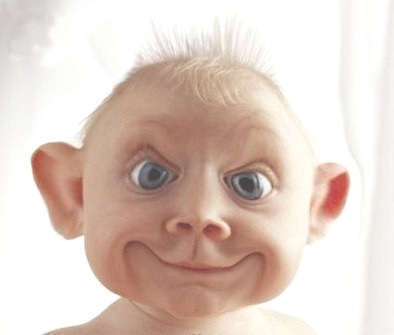 By Issue 16 we were printing 5, How did you and Bacher become a writing team and what was the writing process like? Collaborating with Eric came naturally. Where and when were these acetates discovered and how were they chosen to be the first release on Ugly Things Records? I was working on a huge, serialized story on the Misunderstood at the time.

As soon as I heard them, I knew I wanted to release them myself through the magazine. How well did the album sell and did it get much radio airplay? Were there any singles that accompanied the album? The sessions for Paraphernalia were fairly haphazard. After a few months rehearsing with a new drummer, Iain Sclater, we started all over again at Earthling Studio. Things moved along fairly quickly after that. But we wrote a few new ones during the sessions, and those turned out the best.

We had no idea it would be an minute track — everything was cooking so we just let the tape roll until the end of the reel. How many releases does the Ugly Things Records catalog contain at this point? How do you decide which albums earn the Ugly Things logo? What is the typical process and how long does it take to complete a project for UTR, from conception to release? The process for each release is different—some take months to plan and release, others happen much more quickly.

You have a store on the Ugly Things website. When did you open the store and how do you determine the inventory you carry? You can check out the inventory here.

I try to carry titles that aren't otherwise widely available especially in the States and that are in the same niche we cover in the magazine. Vinyl does best for us, so that's the main focus, but we also carry CDs, books, and of course all the Ugly Things releases and back issues. The online store began about three years ago. Prior to that I sold a few things through the regular UT website and in the pages of the mag itself.

I decided to expand that into a webstore, which was a good move for me. The webstore helps keep me solvent between the publication of new issues. This is called a biographical novel. What exactly is the book about and why did you and Brown coauthor it? Rick came up with the idea of turning the screenplay into an autobiographical novel as another means of presenting the story. The Clingers were one of the first all-female rock groups, four beautiful sisters whose story is a gripping saga of teenage drama and determination. We also have an in-depth feature one of the ultimate UK freakbeat groups, The Mickey Finn, and an interview with Michael Des Barres about his rock 'n' roll days with Silverhead.

Cyril Jordan of the Flamin' Groovies revisits , and of course there's our comprehensive review sections covering all the latest reissues, in-depth, and rock 'n' roll-related books. Also on the cover? US '70s art punks The Screamers; we are featuring an extensive unpublished interview by Jon Savage, rare photos and more.

And there's lots more: And, as always, our comprehensive review sections covering all the latest reissues, in-depth, and rock'n'roll-related books. In the most revealing interview he's ever given, Phil May spills his guts about his fractured childhood, life as a teenage art school outsider and the first hell-raising year of the Pretty Things.

Plus an exclusive chapter from Phil's upcoming autobiography. Not to mention our extensive review sections covering all the latest reissues, rock 'n' roll books and DVDs.

The cover features an exclusive '60s era photo of Andrew by famed photographer Gered Mankowitz. Next, 13 years in the making: Mike Stax goes on the trail of Craig Smith a. Maitreya Kali, the mysterious figure responsible for the loner psych mega-rarities Apache and Inca. An epic-length story you will never forget.

Cyril Jordan's outrageously popular column relives the year , and, as always, there's our extensive review sections covering all the latest reissues, rock'n'roll books, and DVDs. Cyril Jordan's '60s memoir continues with his rundown of the year , while Greg Prevost takes a look at New York Dolls collectibles with a running commentary from Johnny Thunders himself.

We also have a pile of other amazing stories: Moving across the pond, we celebrate the world of Freakbeat with exclusive interviews with Dee Christopholus of Wimple Winch and Don Fardon of the Sorrows.

Not forgetting our extensive review sections covering all the latest reissues, rock'n'roll books and DVDs. The Norton Records and Kicks magazine story; a celebration of a quarter-century of Norton with exclusive interviews and photos. The Pleasure Seekers starring Detroit's girl garage queens the Quatro sisters. All the scoop on this great group and their hard rockin' successors Cradle illustrated by loads of gorgeous pix.

The final installments of our stories on the Masters Apprentices and Ollie Halsall; James Williamson and the Stooges; a revelatory no-holds-barred interview with Prince Stash de Rola swingin' 60s confidante of the Stones, Beatles and others ; a listeners' guide to Wreckless Eric, Jimi Hendrix: Plus our extensive review sections covering all the latest reissues, rock 'n' roll books and DVDs. Our biggest and best issue yet! Our top cover stories include a huge feature on Australia's mighty Masters Apprentices as well as a tribute to the late, great Sky Saxon of the Seeds.

Also, Doug Sheppard unravels the twisted tale of '70s hard rockers Stepson, Ron Ryan reveals the juicy details of his role as the ghost writer of some of the Dave Clark Five's biggest early hits, and Phil Milstein relates his experiences with doomed junkie chanteuse Nico. First up, an exclusive interview with Trevor Burton of The Move, including lots of wickedly cool and rare photos.